Your Itinerary In Brief

Highlights of Your Journey 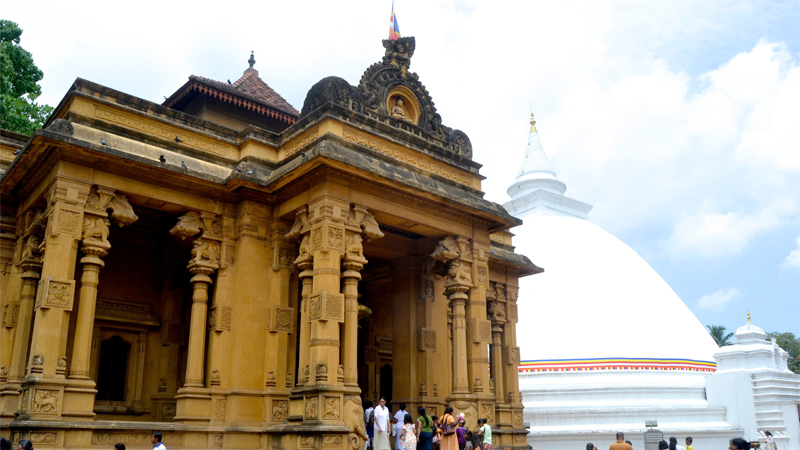 Transfer to the port of Negombo and Visit the nearby fishing villages to see day to day life and visit the fish market to see the daily catch of fish. Also vegetable market and the traditional fishing catamarans with sails returning to shore. See also the modern day fishing crafts anchored in the lagoon with the Old Dutch fortress at the background with boat ride. The canal was at one time an important linking the transportation route which supplied the Dutch colonial administration. 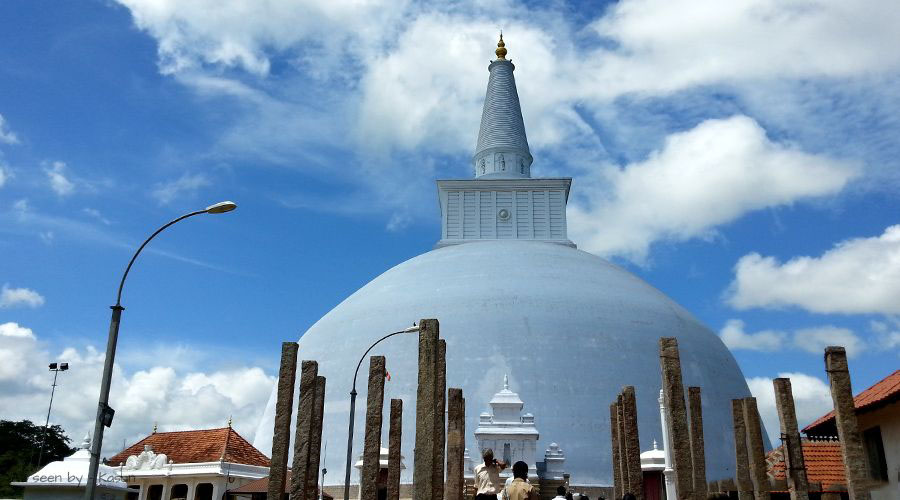 Coconut is one of the major plantation crops in Sri Lanka which accounts for approximately 12% of all agricultural produce in Sri Lanka. Total land area under cultivation is 395,000 hectares and about 2,500 million nuts are produced per year.

Dambulla, it is 1 km from the Golden Temple, you will see the largest vegetables and fruits wholesale market in Sri Lanka. Every day, numerous colorful vegetables and fruits are offered on the market. The harvest from the surrounding fields and villages is brought in to the market for distribution to the rest of the country. There are 2 large halls where the fresh exotic fruits and vegetables are supplied. Trucks loaded with pumpkins, varieties of bananas, mangoes, avocados, watermelons, apples, coconuts, beans, carrots, leeks, peppers and lots more are supplied. You are short of eyes to see all this. This is a must to see. 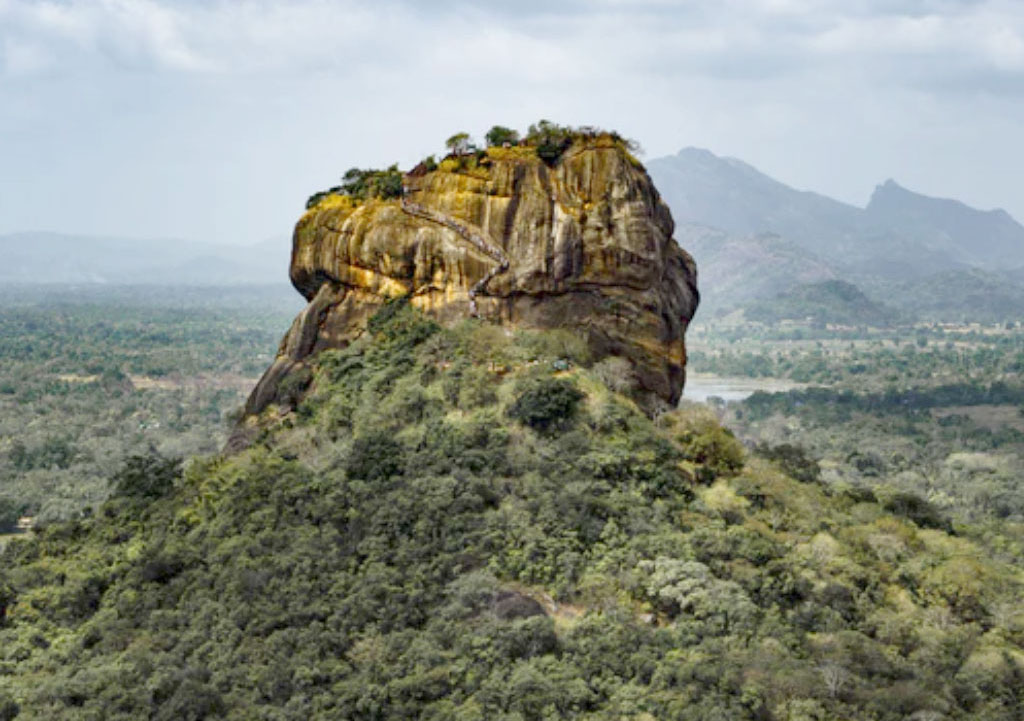 This UNESCO World Heritage Site, a spectacular Rock Fortress, is one of Sri Lanka’s major attractions. The most impressive facets of the unique complex are the Water Gardens, the Frescoes of beautiful maidens, the Mirror Wall with ancient graffiti, the Lion platform and the Summit of 1.6 hectares, which was completely covered by buildings during the period of Sigiriya’s glory. Built by King Kashyapa (477-495 A.D), the “Lion Rock” is a citadel of unusual beauty rising 200m from the scrub jungle.

This medieval city, a UNESCO World Heritage Site, rose to fame as the capital (10th - 12th century AD) after the decline of Anuradhapura. The entire landscape of the region is punctuated by huge man-made reservoirs, the most famous of which is the Parakrama Samudra or the Sea of Parakrama, larger in size than the Colombo harbour. The monuments are relatively well preserved and give clear evidence of the glory of Sri Lanka's past. Highlights are the Royal Palace complex including the Kings Palace and Audience Hall, the Quadrangle with its concentration of ancient heritage and the spectacular Gal Vihare complex of four massive images of the Buddha, cut from a single slab of granite - a highlight of ancient Sri Lankan rock carving. Some of the best examples of the Hindu influence – the Temples of Shiva, intricate statues of Hindu Gods, fascinating Budhist temples, the Lankatileka and Watadage, the Galpotha, the Lotus bath, the Kiri Vihare Dagoba and the remains of a former Temple of the Tooth are other impressive sights. 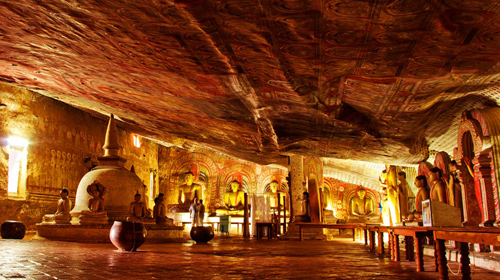 Located in the north central province this UNESCO World Heritage Site which dates back to the 01st century BC, is an amazing complex of 05 caves, first used as a refuge by an ancient king who on regaining his throne, commissioned magnificent carved images within the living rock, Later kings made further improvements and the caves contain over 150 images of the Buddha of which the largest is a colossal figure spanning 15 meters. Cave inscriptions from the 2nd Century BC are found and on the walls are many paintings most of which belong to the Kandy period (early 19th century). This temple is a perfect location to view evolution of ancient Sri Lankan art and is an important historical site due to the amalgamation of the material from many eras.

Nalanda Gedige is an ancient complete stone temple near Matale, Sri Lanka and its original site was considered as the center of Sri Lanka. The building was constructed in between 8th and 10th centuries with dravidian architecture in and is believed to have been used by Buddhists

The Island had been famous for its spices since the medieval times and is considered as one of the main reasons for the Europeans to conquer the Island and for the Arabs to trade upon from the 14th century onwards. The most interesting feature would be the opportunity you’ll get to identify the real plants of spices you are so familiar with in your day to day life. A qualified guide will do a conducted tour of the garden and a presentation of its products.

A lovely exotic city, the Hill Capital and last stronghold of the Sinhala Kings is a UNESCO World Heritage Site which retains an aura of grandeur, time has not affected. Encircled by hills, with a tranquil lake in its centre, it is the site of the renowned temple that enshrines the Tooth Relic of the Buddha and the Royal Botanical gardens – home to one of the world’s best collections of Orchids. A cultural sanctuary where many legends, traditions and folklore are still lovingly kept alive, Kandy and its satellite villages are the centre of the islands handicraft industry (items of wood, brass & silver) exquisite silver or gold jewellery and precious gems of many varieties including the world’s best blue and star sapphires. The highlight of the city’s calendar is the Esala Perahera, when a replica of the casket enclosing the Tooth is taken in procession for ten glittering nights in July/August by exotically costumed dancers, drummers and approximately 100 Elephants. 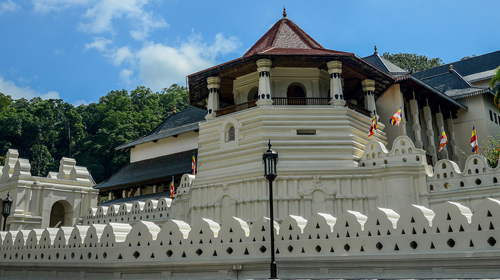 Lankatilaka Vihara is an ancient Buddhist temple situated in Udunuwara of Kandy, Sri Lanka. It is located on Daulagala road approximately 4 km away from Pilimatalawa junction and a few kilometres from the ancient buddhist temple, Gadaladeniya Vihara 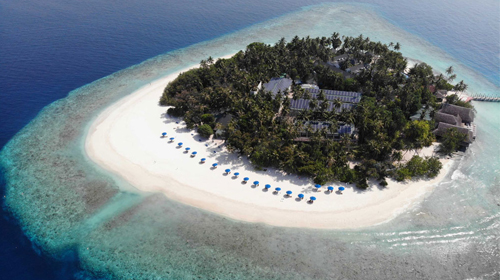 Malahini kuda Bandos short ten-minute boat ride from the International Airport, Malahini Kuda Bandos brings to you basic luxury without breaking your bank. With our laid back, barefoot culture, and our vibrant crew ready to go the extra mile to make Malahini the ideal place for good vibes, you will feel nothing but pampered.

Malahini to be your happy place this year and chill out at our modern and contemporary villas and rooms, Fuel yourself whilst overlooking the beautiful sandbank and the azure blue lagoon at our restaurant Maaga, or sip our signature cocktails watching the sunset on the beach at Bluu. Malahi kuda bandos blessed with fantastic dive sites