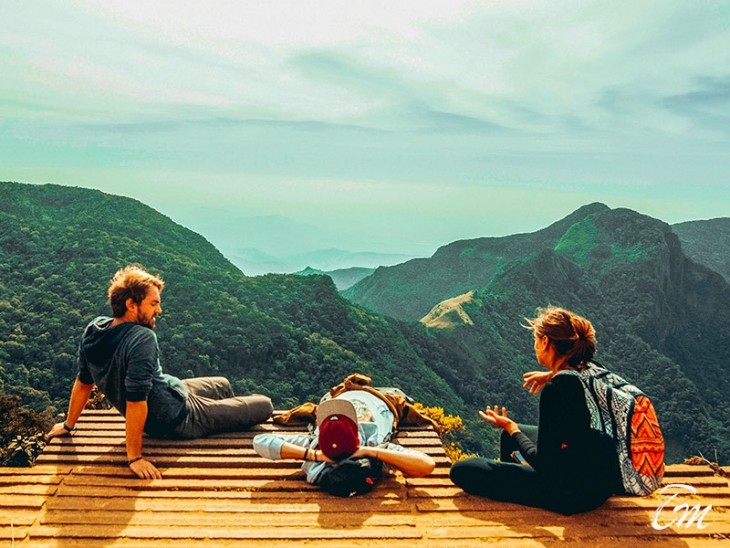 Perched at an altitude of 2100 - 2300 meters, Horton Plains National Park is a popular wildlife tourist destination located in the scenic and lushly vegetated highlands of Sri Lanka, that features a rich biodiversity that is home to a wide variety of flora and fauna with majority being endemic to this one of the most spectacular world heritage sites that have been designated as a national park in 1988. Along with a plethora of falls, lakes, and hills, the World's End and Bakers Fall are the main features of Horton Plains National Park.

Horton Plains National Park is magnificently stretched over two tallest lushly-vegetated mountains in the region - Kirigalpotta and Totapola, with a spectacular view of hillsides and scenery. World's End, an otherworldly place with a sheer cliff, where the park comes to an end with a steep drop of 4000 feet, is the key attraction of Horton Plains National Park. In the middle of the park, there is a stunning waterfall of 20 meters height, plummeting down with misty appearance. Home to a wide variety of animal species and plants, headwaters to three major rivers and a collection of waterfalls, rocky hills and lakes - Horton Plains National Park is full of wonders.

According to a significant folktale prevalent in Sri Lanka that goes parallel to the Indian epic, Ramayana, it was on Thotupala mountain in Horton plain that King Ravana landed his aircraft after abducting Sita, the wife of the hero, Rama, from India. Consequently, the army of Rama set fire on the Horton hillsides that lasted for a long time. The former name, Maha Eliya Thenna, means 'The hugely lighten ground' with reference to the legend. In the British period, the plains were named after the British governor of Ceylon from 1831 to 1837, Sir Robert Wilmot-Horton.

Asked for the best time or season to travel to the Horton Plains National Park, it is the months from January through March when there is less rain and clear sky atop. The region where the park is situated can observe a cloudy and misty atmosphere year-round, but during the start of the year, the view in this hillside is comfortably clear and pleasant even facilitating unhindered views of distant located Adam's peak and ocean. Be bothered to start your hike as early as possible in order to reach the World's End very before the morning vibes vanish.

Things To Do At Horton Plains National Park

Wildlife sighting is really astounding at Horton Plains National Park since the vegetation in here coupled with montane grasslands is eye-catching and home to a splendid collection of flora and fauna. Roam around the forest watching birds, animals, plants, and flowers. The hiking experience to the World's End is the best part of visiting this highland. A lushly plane over the hillside falls to a mind-blowing abyss. Enjoying the energy of misty morning standing atop the hill shall give you ineffable refreshment. Go up to the famous Baker's Falls for taking some stills and witnessing to its charm.

Horton Plains National Park is located in Ohiya around 32 Kilometers away from Nuwara Eliya. You shall probably be starting your journey from Nuwara Eliya where most travelers visiting the highlands chose to stay at night. You shall hire a cab or tuk-tuk to reach the park in two hours. Direct trains are available from Haputale and Ella to the Ohiya railway station, which is just 10 Kilometers away from the park.

The foliage is categorized into two distinctive groups - the montane grasslands of 2,000 hectares (7.7 sq mi) and subtropical montane evergreen forests of 1,160 hectares (4.5 sq mi). As in 20 families, roughly 750 species of plants have been spotted in the park. The total height of forest canopy amounts to 20 meters (66 ft). As for the fauna, there are 24 species of mammals, 87 species of birds and 9 species of reptiles and 8 species of amphibians. The iconic and the most commonly seen mammal is the sambar deer.