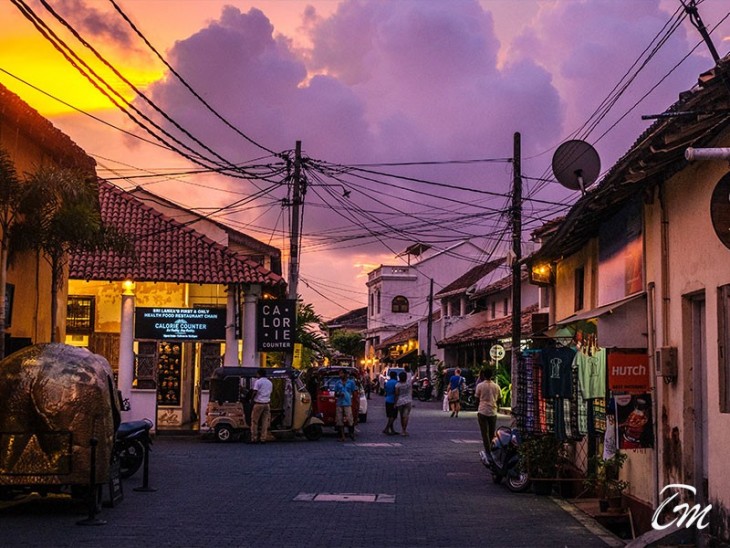 The Galle Fort is the largest remaining fortress in Asia constructed by any European imperial powers. Also known as Dutch Fort or Ramparts of Galle, this architectural and archaeological wonder was first built in 1588 by the Portuguese and lavishly rebuilt by the Dutch during the 17th century. Even after long years from the construction, Galle Fort, a UNESCO's World Heritage Site, is still maintained as fresh. Galle is a major coastal town in the southwest of Sri Lanka and is the finest instance of a fortified city constructed by the Portuguese in Southeast Asia.

Looking like a miniature walled town, Galle Dutch Fort comes with streets of rectangular pattern, well laid out road system and low houses constructed in the Dutch colonial style with gables and verandas. The fort is home to a plethora of historically relevant infrastructures like churches, mosques, and commercial buildings. The sewage system inside the fort really bears a wow-factor with a well-envisaged flushing mechanism that works with the tidal cycle.

To name a few of important heritage monuments in the Galle Dutch Fort are; the Dutch Reformed Church with a belfry, the old dutch hospital, the old Dutch government house, the Great Warehouse, the Residence of the Commander, the Meera Mosque, a Buddhist temple, the All Saints Anglican Church, the Clock Tower, and the Galle Lighthouse.

Credits of current Galle Fort goes to Dutch East India Company who built the fort in Galle in 1663 as a means to defend against the Portuguese and fortified the city on a large scale during the 17th century. They set up a solid granite wall and three bastions, named Sun, Moon, and Star. After the seizure the Galle's control in 1796, the fort fell into the hands of the British who preserved the fort as is. Now the fort is the administrative center of Galle district.

Things To Do At Galle Dutch Fort

More than peeping into the colonial history of Sri Lanka and the architectural wonders of western imperial powers coupled with the local styles, there is something more you can do at Galle Dutch Fort to make your visit a bit more worthwhile. Strolling down the fort interior, wandering by the outer walls, and visiting the popular Galle Fort Lighthouse! Witnessing to the beautiful sundown moments from the fort wall with locals is quite entertaining. You can go shopping down the streets and markets and trying the unique dishes as well at restaurants. For getting some relaxation, why not going take a seat at the fort cricket stadium?

Galle is located on the southwestern coastal line of Sri Lanka around 119 Kilometers away from Colombo city. Transporting to Galle is pretty much easier from all the nearby cities by road and railway. From Colombo, you shall take either a bus or board on a train with either of them taking somewhere between two to four hours to reach Galle. By road, E01 Southern Express Highway should be your track.