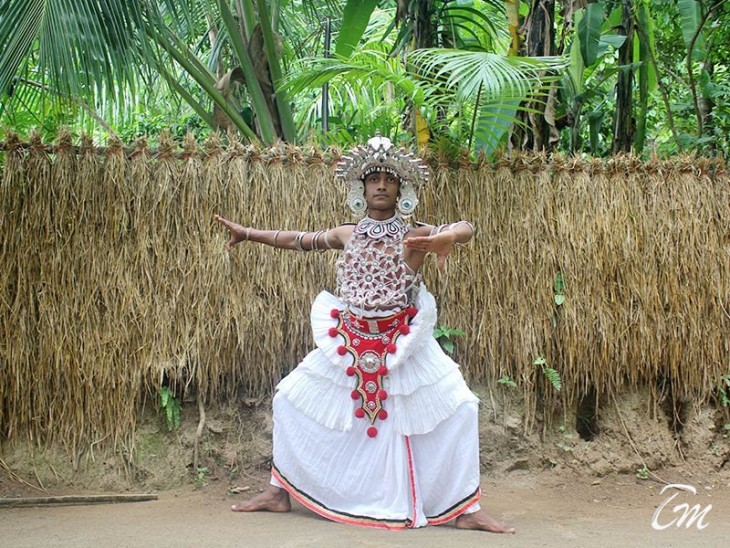 Cultural Dancers House in Kandy, Sri Lanka is a lake club that preserves one of the ancient dance traditions of the country, Kandyan dance which is also known as the national dance of Sri Lanka. Sri Lanka is a multi-cultural country with a rich and unique heritage that boasts of various folk dances. The Kandyan dance is one of the three prominent distinct dance traditions of Sri Lanka with its own peculiar body movement, use of costume and rhythm and chanting with the accompaniment of drums. Here you witness the heritage and history of Sri Lanka in a single frame.

At Cultural Dancers House in Kandy, various dance forms native to Kandy region are performed in front of you in the right costume and gestures as they had been enacted in the past. Through the dance, extracts from the ancient Indian epic, Ramayana, are narrated for you. Actors impersonate animals and birds and dance to the rhythm. Varied and vibrant costumes and masks are the main features of these ancient dance forms. Actors put on silver bangles, traditional dresses and make-ups for the perfection of the performance. Here at Kandy Lake Club, you are enjoying a combination of culture and antiquity.

Kandyan dance that has been being protected at this lake club was an ancient dance form that evolved during the reign of Kandyan kings. The dance was being named after the then royal capital, Kandy. The concept of ritual dancing was prevalent in Sri Lanka even in the 4th century BCE. But they were meant to save the tribe from natural calamities. It was in the 15th century CE, the native folk dance of the country was largely inspired and influenced by the South Indian form of dancing.

Kandy is a major city in the central province of Sri Lanka. From the heart of the city, Cultural Dancers House of Kandy Lake Club is located less than five kilometers away on the A26 road. You can either take the bus or rent a taxi (tuk-tuk) which would take you less than 30 minutes. If you are taking the bus, you should get off at Buwalikada bus station, from where it is just 800 meters. If you are traveling from Colombo, boarding on a train would be a convenient option.