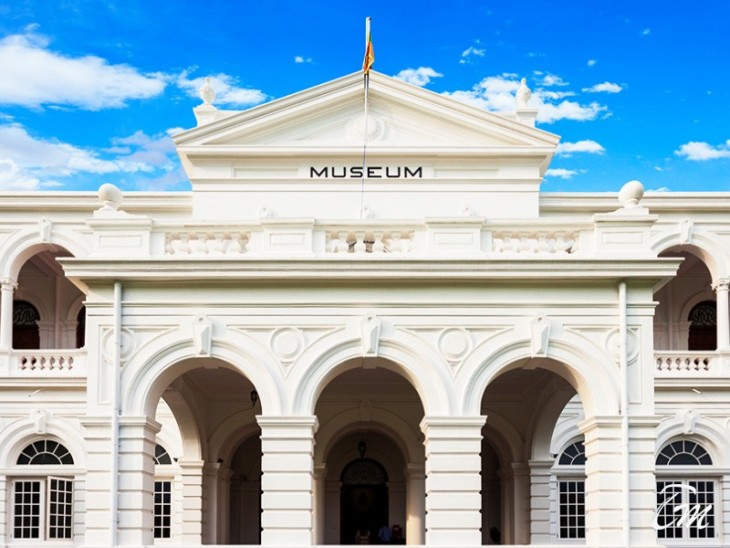 Colombo National Museum is the most prominent museum in Sri Lanka that shows you a zillion of antique and cultural entities of high importance and curiosity telling you about the eventful history and rich heritage of this island nation. Also known as the Sri Lanka National Museum, it was built in 1877 modeled on the Italian architecture. Here more than 1000s of artifacts, paintings, statues, and royal objects, like throne and crown, are on show in its two-storied building. Located much nearer to this national museum, the only natural history museum in the country is also positioned in the region.

The National Museum of Colombo is in possession of 10,000 exhibits now that range from historical and religious objects to royal remnants and local artifacts. When you enter this amazing Italianate museum that has been beautified with a well-kept lawn and surroundings, you shall be welcome by an ancient stone-made Buddhist statue whose history dates back to the 4th or 5th century. The ground floor presents you with various historical things while the first floor is dedicated to artifacts and other amusements. Royal crown and throne are just a few that belong to its treasure. Nearby, you have the country's only natural museum as well.

Colombo National Museum came into existence on 1 January 1877 as the result of benevolent approval by Sir William Henry Gregory, the then British governor of Ceylon who was approached by the Royal Asiatic society in 1872 to convince him about the necessity for a public museum. As per the request of Wapchi Markar, the chief constructor of the museum, it was not open on Fridays in the past. The Colombo museum has been granted the status of the national museum in the time of P. E. P. Deraniyagala who opened branch museums in various parts of the country.

How To Reach Colombo National Museum

Colombo National Museum is located Less than 3 kilometers away from the heart of Colombo and can be easily reached by either bus or taxi. If you are taking the bus, 'Museum Stop' should be your get-off spot. Closed only on public holidays, the museum is open from 9 am to 6 pm every day. The natural museum nearby is a 10-minutes walk away from here. No need to take the bus!