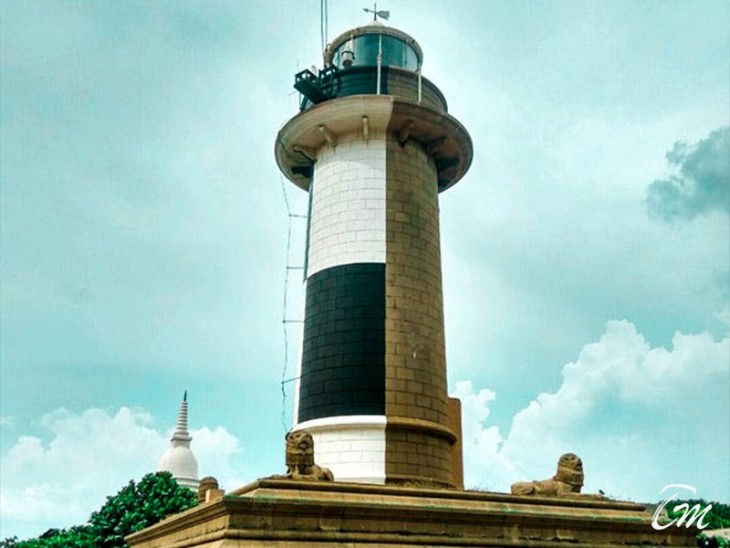 Colombo Lighthouse is an important watchtower in Sri Lanka located at Galbokkka Point, south of the Port of Colombo. This lighthouse is one of the prominent landmarks in Colombo city, providing a beautiful panoramic view of the Indian Ocean from 50 meters above. At the base, there is a naval gun battery for performing traditional gun salute. Positioned in Colombo fort on the oceanfront along the marine drive, Colombo Lighthouse is operated by the Ports Authority of Sri Lanka.

Located on the waterfront, the Colombo lighthouse is a prominent landmark in the city towering over with 41 meters of height. The lighthouse itself is 29 meters high is perfect for enjoying the aerial views of the Indian Ocean. It was erected on a 12-meter high concrete base that has four lion statues at the base. There are naval gun batteries located at the base that perform traditional gun salute on the National day. Located less than one kilometer away, the old deactivated lighthouse functions now as a clock tower.

History Behind The Colombo Lighthouse

The grand Colombo lighthouse was built in 1952 after the old one in Colombo lost its relevance and deactivated because its light system got abstruse due to the nearby buildings. Developed by as part of the Colombo Harbor Expansion project, it was inaugurated by D.S. Senanayake, who was the first prime minister of Ceylon. The nearby naval gun battery where traditional gun salute to the nation performed on the National day. Due to its location in a high-security zone, access to the lighthouse and premises due to the civil war.

How To Reach Colombo Lighthouse?

Colombo Lighthouse is situated on the south of the Port of Colombo at Galbokka point. It is less than three kilometers away from Colombo city. You shall get buses every five minutes from the city or you can just rent a tuk-tuk or taxi to get to here on McCallum/AC6 route. The old lighthouse or the watchtower is located just near the lighthouse and can be reached taking a 12-minutes walk.