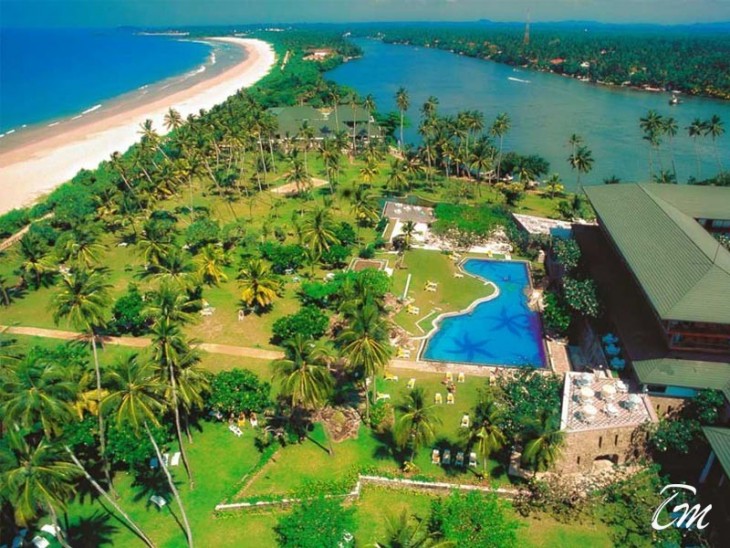 Bentota is a famous coastal resort town in the south-west portion of Sri Lanka, located 65 kilometers away from Colombo city, featuring a wide variety of tourist attractions in its premises, the important one being the Bentota beach or Ventura beach, which is a long strip of golden sands that lies like a secluded beach island with lush vegetation flanked by turquoise ocean water from either side, with access to all the best facilities including resort accommodation, meditation and spa centers, and restaurants. At Bentota, one of the perfect beach holiday destinations in the country, you enjoy water sports, city tours and visiting other relevant sites around the city.

Since a popular beach holiday destination, Bentota has various adorable beaches that would amuse you with its picturesque landscapes, perfect for carrying out various fun activities on the water. A plethora of beach resorts, spa centers, dining venues, and fun hubs are served for you on the beach. On the coastal line, you have a turtle hatchery, a water sports center and Moragall beach. In the city region, you have a Japanese style Brief Garden, standalone Cinnamon island, Galapata Vihara the ancient temple, Galle Dutch fort, Madu Ganga river, and Ambalangoda cultural village.

Apart from the relevance of the beaches, Bentota is a historically remarkable place in Sri Lanka mentioned in ancient messenger poems, Sandesa Kavya. Galapatha Viharaya, one of the ancient temples in the region, tells us of Bentota's rich history that dates centuries back. Bentara Ganga, the river, marks the Portuguese invasion in the country, on the bank of which they have built a fort, called Parangi Kotuwa, that crumbled later and assumed the forms of other colonial heritages like a rest house and coastal sanatorium in the periods of Portuguese and English.

For visiting Bentota, better you select the suitable season in the region when precipitation is less, helping you explore its tourist destinations and beaches without getting soaked. Months from January through April are perfect for your beach holiday. You can expect a comfortable atmosphere with sunny days all the while. Rainfall shall be highest between June and September. The temperature always keeps above 30 degrees Celsius in the region.

Things To Do In Bentota

In Bentota, the best beach destination in Sri Lanka, you would like enjoying a wide variety of water sports including motorized and non-motorized like sailing, parasailing, windsurfing, and jet skiing in addition to diving and snorkeling. The to-do-list also has several cultural, religious and adventurous tasks for you like knowing the marine environment at turtle sanctuary, city tours on bicycles, visiting mask museum, Madu Ganga river safari, underwater experience at Cinnamon Island, enjoying history lessons at Kande vihara, nature hiking, and trekking, and spending time at Brief Garden. In the evenings, you can relax watching the sundown until the vibrant nightlife celebration commences on the beach.

Accommodation is quite lavish and easy in Bentota where all the finest hospitality groups have resorts and hotels on the beach with a nice view of the ocean, catering to all sorts of budget. Most dining venues in Bentota shall have both international and local meal varieties including the fresh catch from the surrounding sea. Nightlife experience on the beaches in Bentota is quite vibrant where you would literally have a blast under the stars celebrating people from all around the world, dancing together and sharing the happiness around the fire.

How To Reach Bentota?

Bentota, the popular coastal town in Sri Lanka, is positioned in Galle district of the southern region and is around 56 kilometers north of Galle and 65 kilometers south of Colombo, easily accessible by all the easier transportation. If you are choosing the train, the closest major railway station would be Aluthgama, two kilometers away from the city. By bus, the city is well connected to all the major cities in Sri Lanka with plenty of service from Colombo Bastian Mawatha Bus Terminal station and reached in two hours. On a car, it would take you around an hour taking E02, E01 southern express highway.