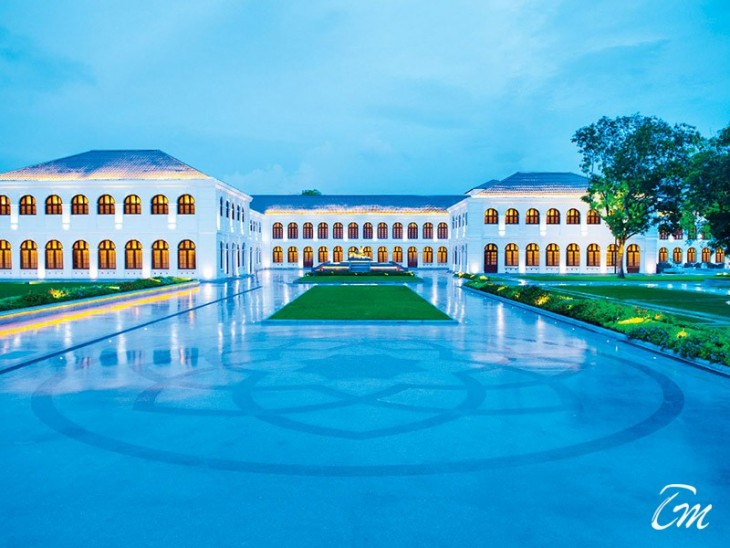 Telling a story of transformation of an era of despair into the dawn of hope, Arcade Independence Square, one of the prominent landmarks in the Colombo city, is an attractive shopping complex of renovated buildings of colonial style including the former Western Provincial Council Building and the former Jawatta Lunatic Asylum. Being the most visited tourist spot in Sri Lanka, Arcade Independence Square houses a wide range of shops, restaurants and outlets of various facilities where you can purchase products of local and international brands

Being both a residue of colonial heritage and the sign of the city's transformation to Asia's wonder, this grand shopping arcade of western architectural design itself is a magnificent tourist attraction with its palace-like existence, gardens and serene surrounding. Though the arcade now presents a plethora of shops and restaurants, the original architecture of 19th century is still kept intact. The nuances of the building's architecture and how modern amenities were added to its corners would really amaze you. The Arcade Independence Square features international boutiques, restaurants and fun corners.

The original form of the current Arcade Independence Square was that of a mental asylum put up by the colonial government in the late 19th century. The plan was put forth by the then governor, Sir William Gregory, in 1875 although the work only commenced in 1879 and completed in 1889. After 1926, the place was shut down for a while only to be opened as the center for the newly established University College. After the independence, the building gave way to Sri Lanka Broadcasting Corporation. Later in 2012, the government intended to turn the place into a grand shopping arcade with the Arcade Independence Square officially opening its doors on the 13th of July, 2014 after a grand renovation.

Speaking of the best time and season to visit Arcade Independence Square, you have to heed the yearly weather of Colombo region. That is to say, the dry season in the Colombo region, that would ideally last from January through March, is the perfect time of your visit that. Otherwise you are likely to get some rain now and then. During January, February, and March months, atmosphere is cooler with low humidity level. The perfect time to visit this tourist place is between 12pm to 9pm.

Arcade Independence Square presents you several branded outlets and local shops and boutiques in its grand arena where international shopping is the main thing for visitors to do. Both average buyers and big spenders shall have great time walking down its isles where original products of top-notch brands and unique handicrafts the nation. Boutiques for ladies garments, skincare, and accessories, Apple shores, watch stores, wax museums, electronic centers, sports hubs, jewelry stores and leisure corners are some of the places you would like visiting.

How to Reach Arcade Independence Square?

This grand shopping arcade is located just 4 kilometers away from the Colombo city and around 33 kilometers from the international airport. If you are heading from the Colombo city, you can just rent a tuk tuk or get on a local bus to Torington bus stop. From Colombo airport, all the means of transfer are available for you including flight as well. Either way it would only take you less than 30 minutes to reach Arcade Independence Square.