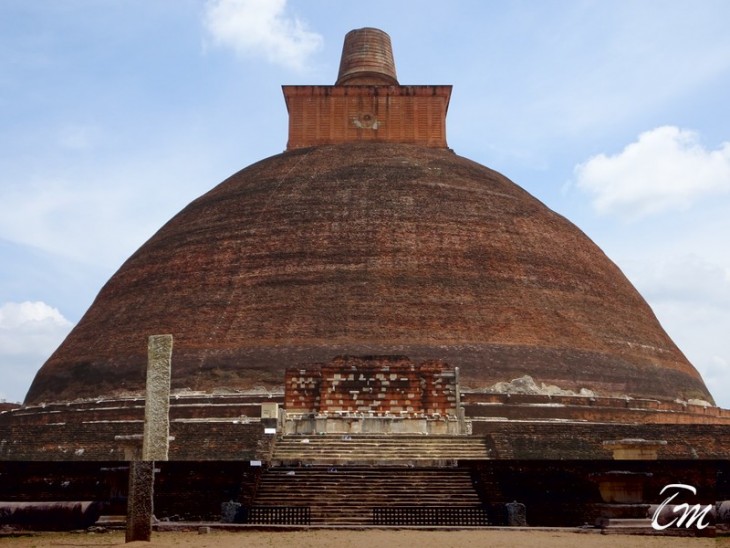 Anuradhapura is the most prominent historical city in Sri Lanka with a rich past of wars and migrations showcasing a vast collection of architectural and archeological wonders that spread over about 50 hectares of land. Being one of the ancient capitals of the country, Anuradhapura has been listed as UNESCO World Heritage Site for its city-ful well-preserved ruins and relics that portrays the vibrant antique Sinhala civilization and dynasties. Here you have various monuments and temples to visit and wild reserves to explore.

Being the first capital of the country, Anuradhapura, according to the historical evidence, was established by Pandukabhaya in 4th century BC, although the archeological entities of the region date back to the 10th century BC only. The rise of the city began with the advent of Buddhism back in 3rd Century BC to the region and Anuradhapura became the cradle of the religion consequently. Anuradhapura. Known as one of the oldest cities in the world continuously inhabited, Anuradhapura was first occupied by Anuradha, one of the followers of Prince Vijaya who was the founder of Sinhala race.

The best time to visit Anuradhapura is the months from April through September when pleasant summer season prevails in Central North Region with sunny and clear-sky days and warmer atmosphere and less rain. The average atmospheric temperature would be varying with the highest being around 35°C in daytime and roughly 26°C in the nights. Most of the temples and ruins at Anuradhapura are only open for visitors from 7 am to 5 pm.

Things To Do At Anuradhapura

Since the wonders of Anuradhapura are scattered over acres of land, tourists have so much to do here that your time would always hardly be enough. For the city is full of antique things of both archeological and religious value, all types of visitors shall have a great time satisfying their tastes here since Anuradhapura is also home to some of the best scenic wild reserves and parks. Things you could enjoy here are visiting sacred and religious sites, watching stunning sights and landmarks, exploring nature and parks, visiting ancient ruins, bus tours, archeological and cultural tours, outdoor activities and excursions.

How To Reach Anuradhapura?

Anuradhapura city is located in the North Central Province of the country, almost 205 km (127 miles) away from Colombo airport. The city is accessible by all means of traveling like road, flight and rail.. Having the services of all the major trains, the city is connected with all the important places in Sri Lanka, like Colombo, Kankesanthurai, and Jaffna via Northern railway. If you are choosing highways, there are various bus routes to Northern province from Colombo that would take you to Anuradhapura, like Rout 04, 15, 57, 87. By road, the city is conveniently connected to cities like Dambulla, Puttalam, Jaffna, Kandy, and Kurunegala.